Why Lindsey Lohan Can’t Get a Job 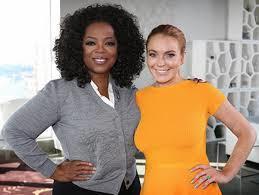 Am I on the only one watching “Lindsay” on the Oprah Network? Let’s be crystal clear – I am not here to judge or criticize, only to highlight behavior that precludes people from getting jobs, including Lindsay. And God bless Oprah for giving her a chance when no one else would!

Not Dependable – This is a BIG problem. Lindsay shows up late for production, and some days does not show up at all. No company can afford to tolerate employees that only show up when they feel like it. In a tough economy, every minute counts, so companies want to hire reliable executives.

Unpredictable – One day she’s fine, the next day she is off the rails. Given the competitive nature of business, organizations need executives that are steady, stable and consistent.

No Personal Accountability – Lindsay blames everyone but herself. She feels her Manager and Agent don’t fight hard enough for her. They take the easy money by placing other actors. No doubt that is 100% correct. Why should they risk their reputation given her past history? The number sign of maturity and professionalism is taking personal responsibility for your actions. In ten years I have never had an unemployed executive tell me is was their fault they got terminated. It’s their boss’s fault, the company’s fault, their dog’s fault. The right approach is to say, “I take some of the responsibility for that, it is a lesson learned, and it won’t happen again.”

Demonstrates Addict Behavior – This is the biggest issue of all. Even after Oprah personally visited Lindsay and directed her to straighten up and fly straight, the very next week Lindsay was off course and missing shooting schedules. If you relapse, you get back up on the horse and try again, but you can’t relapse daily or weekly. Find God, find AA, find rehab, but do something to change your people, places and things. Hiring companies have the same issue. They pay Executive Recruiters to know the back stories on candidates and steer them away from executives with drug and alcohol issues. No one is opposed to a second chance, but get straight before you start the job search.