The Job was Perfect; You Crushed the Interview – Why Didn’t They Hire You? 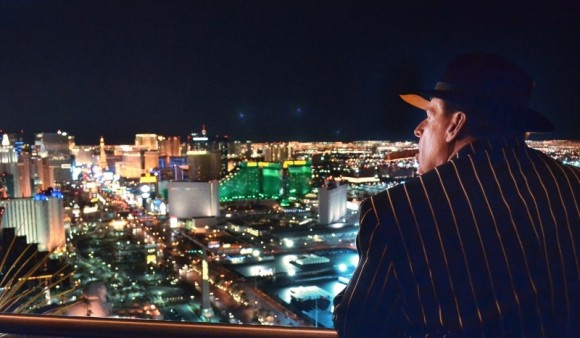 My name is Mark Wayman, and for the last twelve years I have owned an Executive Recruiting firm focused on gaming and high tech. Compensation starts at $100,000; last year I placed eight executives north of a million dollars.

One of the most common questions I get is, “I was perfect for that job and crushed the interview – why didn’t they hire me.” This article gives a few of the reasons a candidate is not hired.  Some are you; some have nothing to do with you. Overall, my advice would be: don’t take it personally and move on. Obsessing and fretting about the “why” changes nothing. Maybe God just has a bigger plan for you.

Culture/Chemistry Mismatch – This is the #1 reason candidates are not selected. Although you may be 100% technically qualified, there was not a strong match with the culture of the company. Or possibly you did not have chemistry with the hiring manager. Nothing you can do about it. Not the right fit. Move on.

Relationships Trump Talent – The #2 reason candidates are not hired: the boss hired one of his friends. If I have learned nothing else in my 12 years as an Executive Recruiter, I know that relationships trump talent.  Executives with a history of failure continue find work.  Talented executives are challenged to find work.  Life is not fair, but it’s always worth living.

The Job Was NOT Perfect For You – My #3 pick, and the one most executives struggle with the most: you were not senior enough. Recently worked on a “C” level role and submitted an executive that was a 90% match. In her mind she was a 110% match. After multiple interviews the feedback was “she is just not senior enough.” She had to eat some humble pie.  Executives really struggle with this one; the disconnect between their opinion of themselves, and the reality of not being qualified for a job.

You Came Across as Bitter/Angry – This one is YOUR fault. Don’t interview unless your head is in the right spot. The worst candidate I ever represented had been laid off after 20+ years with his employer. He came across as bitter in the interviews and I had to drop him from consideration. Companies hire happy smiley people.

You Came Across as Arrogant – This one is also YOUR fault. No one likes a narcissistic megalomaniac. Humble and genuine is attractive. Never try to be the smartest guy in the room. As my Dad used to say, “You can be right or you can be President.”

You Did NOT Crush the Interview – You may think you did…but you did not. Some executives are highly competent, but just don’t interview well. There are plenty of books on this, but in general, keep your answers short and concise, and give concrete examples of how of how you can fill the role.  Don’t overwhelm the interviewer with your brilliance.

You got Submarined – Burning bridges is a terrible career strategy. Eventually it comes back to haunt you. When you leave a job, shake hands and part friends. Don’t leave on bad terms with the company, your boss or your peers. Most companies check around for references, and in my industry (casinos/gaming) everyone knows everyone. Recently saw a “C” level executive that was expecting a job offer get “submarined” during the background check. His resume was great, but when they called his peers it was unanimous that he was difficult to deal with.

You Were Great: They Went Internal – Best recruiting strategy ever. Executives that are already on payroll know the company culture and have the internal relationships. If a company can promote internally, they will. Another big reason? For a VP job that should pay $200,000, they can promote a Director that is $125,000 and pay him/her $150,000.

You Were Great: Someone Else Was Better – Sometimes you hit a home run and someone else hits a grand slam. Rats! Depending on the required skill set, there may be a dozen highly qualified executives in the competition. And make no mistake, interviewing is a competition. Personally, if I can find the talent, I like to submit three highly qualified executives for my searches.

There Was a Background/Compliance Issue – This one is ugly. If you can’t pass the drug screen and background check, you are going to be challenged to get a senior level job. At the “C”/VP/Director level, companies want to hire people with a history of good decisions. Bankruptcies, DUIs, and criminal records can be a deal breaker.  In 700 placements, I only had two of these.  A CFO that failed the drug screen, and a VP that failed to disclose an issue in his background.  Was not a deal breaker, but failure to disclose…is.

This article is focused on SUCCESS, and how to achieve it in 2016 by modeling your attributes/behavior after the world’s most successful people.

My Dad jumped out of a plane at Normandy, and came back from World War II to be a shoe salesman at May Company. So although I never lacked for love, financially I started out at zero. No trust fund. No winning lottery ticket. No money. Fortunately, I’ve been blessed to know hundreds of high net worth executives and entrepreneurs, which allowed me to observe the behavior that allowed them to climb the corporate ladder or build successful businesses. These are not MY tips and counsel; they come from observing hundreds of successful executives.  Hope you enjoy it!

Let’s define success. Health, family and friends top my personal list for happiness, however most of us would agree that financial comfort is important as well. Anyone that tells you money isn’t important…doesn’t have any. The intent of this article is NOT judge or criticize; simply to communicate the attributes and behaviors I observed in successful people.

The Secret is…HARD WORK – Let’s start with what you REALLY want to know, how to go from ordinary to extraordinary. How to go from comfortable to high net worth. If you don’t care, you can stop reading right now. Here is the SECRET to success: hard work. One in a million have rich parents. One in ten million hit the lottery. For the rest of us, the way to the top is HARD WORK. Contrary to popular belief, most millionaires are self-made. They did not inherit the money or win the lottery. Like me, they may have worked 60 hours a week while attending college at night, then worked 80 hours a week to build a successful business. And when you own the company, if you don’t sell…you don’t eat. So here is the GOOD news. As my Dad used to say, “Most people wouldn’t raise a lick at a snake that was biting them on the butt.” Most people these days want everything given to them. America is infected with an epidemic called “entitlement”. Don’t agree?  Consider that 48% of Americans are on the government dole. Not judging. Not criticizing. The reason I bring it up is because this is great news for those that want to achieve success. You only have to compete against 52% of the people. If you are willing to work hard and TRY, your opportunities are unlimited!

Successful People Spend Less Money Than They Make – Common sense, yes? They why is America plagued by bankruptcies and foreclosures? Did you see the movie The Big Short? During the housing crisis there were Strippers that owned five houses with no money down. No disrespect to Strippers, but does that seem silly to you? My day job is Headhunter to high end gaming and high tech executives. I commonly hear from $300,000 executives that were fired and are a week away from losing their house because they don’t have a dime in the bank. Successful executives keep a six to twelve month rainy day fund on hand in case of tough times. And more importantly, many pay CASH for everything. My Dad used to say, “Son, if you can’t pay cash, you can’t have one.” They may not pay cash for their house, but they put in a substantial down payment. No credit card debt. No car payments. You are welcome to disagree, but it has worked for me personally, and most of the high net worth people I know swear by this principle. Don’t spend money you don’t have!

Take Personal Responsibility for Your Actions and Choices – You are responsible for…YOU.  Here is another American epidemic: “Not my fault”.  It’s my boss’s fault, my company’s fault, my spouse’s fault, my parent’s fault, my dog’s veterinarians fault.  They are too busy blaming everyone around them for their lack of success.  Successful people take responsibility for their actions and choices. And that is all God gives us in life – the ability to make good and bad choices. If you make bad choices, there are consequences. You drink and drive; you might get a DUI. You buy things you can’t afford; you might go bankrupt.  Aren’t you tired of hearing people blame their situation on everyone around them? I interview a thousand executives every year. Do you know how many tell me they were fired? ZERO. Do you know how many actually DID get fired? Most of them. There are bad companies and bad bosses, however in the long-term, most people create their situations. And you will never move forward if you don’t start taking responsibility for your actions. YOU are responsible for YOU…own it!